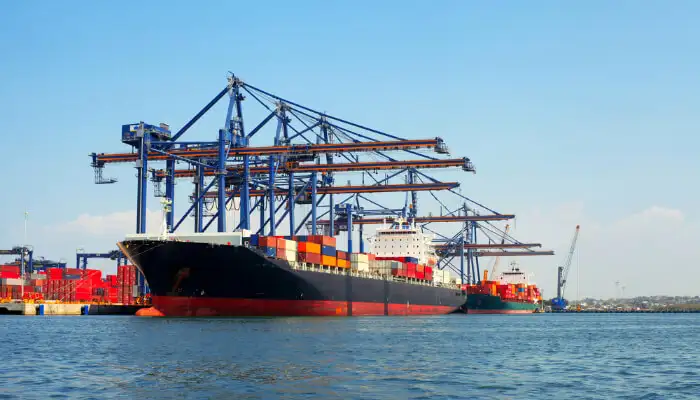 This Indian seaport plays a huge role in connecting India to the rest of the world – both directly and indirectly!

Port of Chennai – A Brief Overview

The Port of Chennai is one of the oldest commercial ports in the country. Before starting its role in the maritime trade, the port was used largely by travellers during the periods of history. They used to transport goods and supplies from one place to another. It is an important part of Tamilnadu’s as well as India’s growing economy. It is responsible for the thriving industrialization in South India.

The Port of Chennai has always been an administrative, cultural, economic and military centre since the very first century AD under the rule of ancient South Indian Dynasties, including the world-known Pandya, Pallava and Chola.

During the late 19th century, newly installed railways connected this port to the major cities of India such as Calcutta (now Kolkata), Bombay (now Mumbai), under the British reign. Not just that, several stronger trade routes have also been established and resulted in the growth of the Port.

The Port began to handle the containerized freights in the mid-1970s. During this time, a container terminal was constructed at the Bharathi Dock to ease the movements of the cargos. This dock was further expanded in 1991 and it was again upgraded in 2001. The traffic at Chennai port is growing ever since this extension.

When the city of Madras was renamed in 1996, the Madras Port Trust became Chennai Port Trust. Fast forward in 2000, the Port began handling the car carrier shipments of heavy vehicles and automobiles.

Currently, the Chennai port can handle 3,000,000 TEUs. And looking at the planning for the third mega container terminal, this capacity can increase up to 8,000,000 TEUs, which is only a little less than its triple capacity. These figures are enough to tell its significance in connecting India to the global economy.

Port of Chennai Connecting India to the World

Keeping aside commerce, the Port of Chennai is a major cruise destination in India as well. The tourist services in the Port have connected it to the tourist services of countries including Burma, Singapore, Malaysia, Manilla, Suez, Aden, London and Colombo. Further, there is a dedicated passenger terminal in the Port which is located on the West Quay. It handles around ten global cruise ships every year.

The Port of Chennai is a leading contributor to India’s growing economy. It is a major centre of industrialisation in the country that is helping domestic businesses reach the global markets. Looking at the performance of this Indian port, there is no doubt that it will keep shining and thriving in the future. The great news is, the government is taking full care of developing and nurturing the Port of Chennai. It may soon become a leading port in the World.