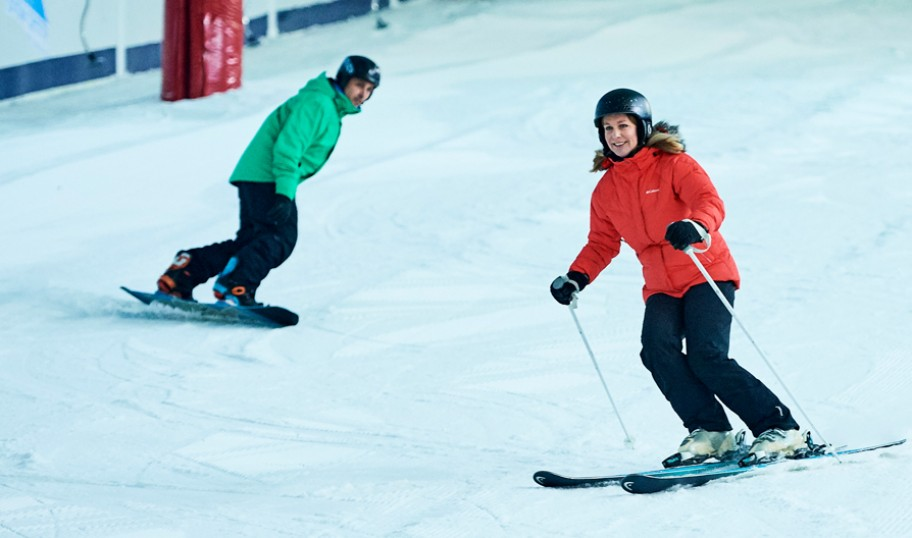 Skiing and snowboarding are among the main motivations for snow holiday fans. However, many people have no idea that ski and snowboard equipment have differences beyond the skis and boards used for skidding on the slopes. The accessories and clothing of the two snow sports also have their particularities that directly affect the dynamics and sports performance.

Want to know more? Check out the equipment – standard and divergent – of skiing and snowboarding below, so you can reach your travel destination knowing all the details of the two most popular winter sports in the ski resorts!

Skiing: Equipment Varies According To The Athlete’s Skill And Characteristics

The best-known modality among winter sports practitioners, skiing has emerged as a means of transport. However, over time, it has become a sport and the main attraction in snow resorts worldwide. Among the ski equipment, there is no lack of skis and support poles. Skis can vary according to skill level, gender, height, weight, and sport is chosen, such as downhill skiing or cross-country skiing.

Ski variations may also require different fasteners and boots. While alpine skiing equipment requires a hard boot that locks together with the ski fasteners and springs that allow the boot to be released in the event of a fall, shoes for Nordic skiing are similar to a high-top sneaker that leaves the ankle loose to facilitate displacement.

Regarding ski clothes, ski jackets and pants are usually tighter since the sport does not require sudden movements for maneuvers as it happens in snowboarding. The tighter clothes also favor aerodynamics during the descents on the snowy slopes of the stations.

If skiing was born from the need to move on snow, snowboarding emerged as pure fun in the 1960s. Since then, the sport has become increasingly popular, gaining adherents of all ages. The leading equipment for snowboarding is the board, which is fixed to both feet and varies according to the type of use: tourist, off-piste, competition, etc. Similar to alpine ski boots, snowboard shoes need to make a good match with the board and stay firm on the feet without squeezing. The modality’s fasteners are designed to provide further control over the corners of the board, responsible for changes in direction.

When it comes to clothes, snowboard pants and jackets differ a bit from ski wear. If you intend to learn the sport, it’s a good idea to wear looser clothes to promote mobility during the sport’s squats, jumps, and maneuvers.

Regardless of the winter sport chosen, it is essential to wear comfortable, resistant, and thermal clothing to evolve on the slopes with your body warmed up. It is recommended to wear a long-sleeved blouse and long pants in the first layer – a set is traditionally known as “second skin”–usually made of polyester. This type of clothing allows the sweat to evaporate and does not leave other clothing soaked. Then, the athlete must provide a layer of insulating clothing, which can be wool, fleece, or polar. On top of that comes the third layer, with a waterproof and windproof jacket and pants. Finally, you can’t forget the specific ski goggles for snow sports (goggles), as the reflection of the sun’s rays on the snow can impair vision. It is also important to wear waterproof gloves and socks, as well as safety helmets.