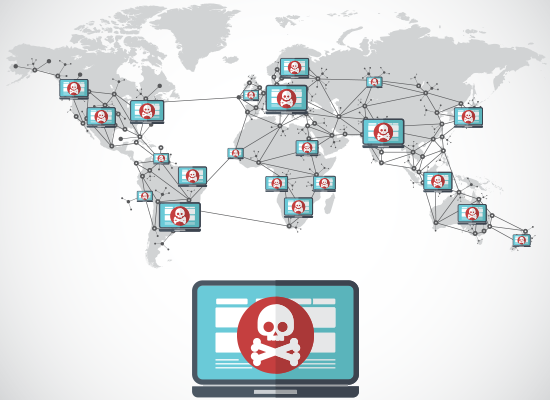 1In the contemporary world of cybersecurity, often people talk about spyware, malware, ransomware etc. more than the word virus. This eventually makes people confused with several questions such as whether viruses are still existing and the difference between a virus and other spyware, malware, ransomware etc. In order to understand about a virus, take the example of real biological viruses which make people sick. These biological viruses inject their DNA or RNA or in the cybersecurity language inject their own code into the cell. Eventually, this code inside the cell generates plenty of similar virus and bursts ultimately circulating newly created viruses to everywhere.

Similarly, the computer viruses in a cyberattack perform as a biological virus. When a virus is triggered, it will ultimately generate more viruses and spread across files and programs. Most often, the viruses even spread across network and damage other computers in the network. The newly generated viruses are often different than the original virus and it is usually difficult for the anti-virus software to completely eliminate the newly originated viruses. In addition to this, some viruses come encrypted which are even more difficult to detect.

On the other hand, virus and malware are different. In 2000, the famous I LOVE YOU attack was performed using a standalone software looking like a script of a love letter and sent as an email attachment. Because it is not comprised of any host program it can be rather compared with a worm instead of a virus. Most contemporary malware codes like other spyware, ransomware and adware are standalone software programs which have the ability to spread across other computers and function by themselves.

Another purpose of a malware attack is known as ransomware attack which is often done by encrypting the data of the user with a password and demanding money from the user in order to decrypt the same. The traditionally available endpoint protection works by “default allow” system which eventually permits all your endpoint for malware attacks. Therefore, in order to address the issues of malware attack you ultimately need an all-round protection.